Or sign up for our free weekly e-mail updates!

You get lots of great information about the library's newest books and DVDs sent to you every Saturday! 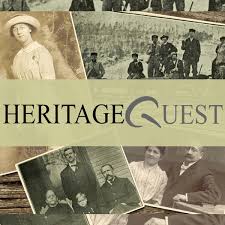 Our Library has thousands of eBooks and Audiobooks available for loan to McDonald County Library cardholders!

Thanks to a partnership between the Missouri State Library, MOREnet and TumbleWeed, a new statewide resource is available to you!

TumbleBookLibrary Deluxe is an online subscription that provides access inside the Library or at your home.  You now have access to a collection of 550 animated, talking picture books for children in preschool through grade 3!

Ever started into some interesting fiction and then realized: “Hey, this is a sequel to previous books! I think I might want to read the others first?”

Or, after you finished the first book of a series, you were excited to find and start reading the next in the series, but didn’t know which book came next?

Many times, somewhere inside or on the book’s jacket they’ll list the other titles in the series. But what if it is the first book of a series and doesn’t list the title of the next book, or you can’t find the series list in or on the book? It can sometimes be troublesome, but here’s the easy solution:

The What’s Next™: Books in Series database helps you search series fiction. (They define series as: “two or more books linked by character(s), settings, or other common traits.”) e.g. Sue Grafton’s “A is for Alibi”, “B is for…” etc. or the “Star Wars” series

Once you find the prequel or sequel book(s) you might then search our Library’s Online Catalog to see if we have them, and if they are available to checkout.

…and, if we don’t have them, remember you can also request an Inter-Library Loan.

At no cost to you, your purchases at Amazon.com can help the McDonald County Library and Wowbrary.  Whenever you start shopping for books, movies, electronics, gifts, and more at Amazon by clicking the button below, Amazon will donate about 4.3% of your purchase amounts to the Library.

Faithless in Death: An Eve Dallas Novel by J.D. Robb

The Affair by Danielle Steel

Meant to Be by Jude Deveraux

No Way Out by Fern Michaels

A Gambling Man (An Archer Novel bk 2) by David Baldacci

Good As Gold (Whatever After #14) by Sarah Mlynowski

If we don’t have what you’re looking for yet, just fill out this simple form…